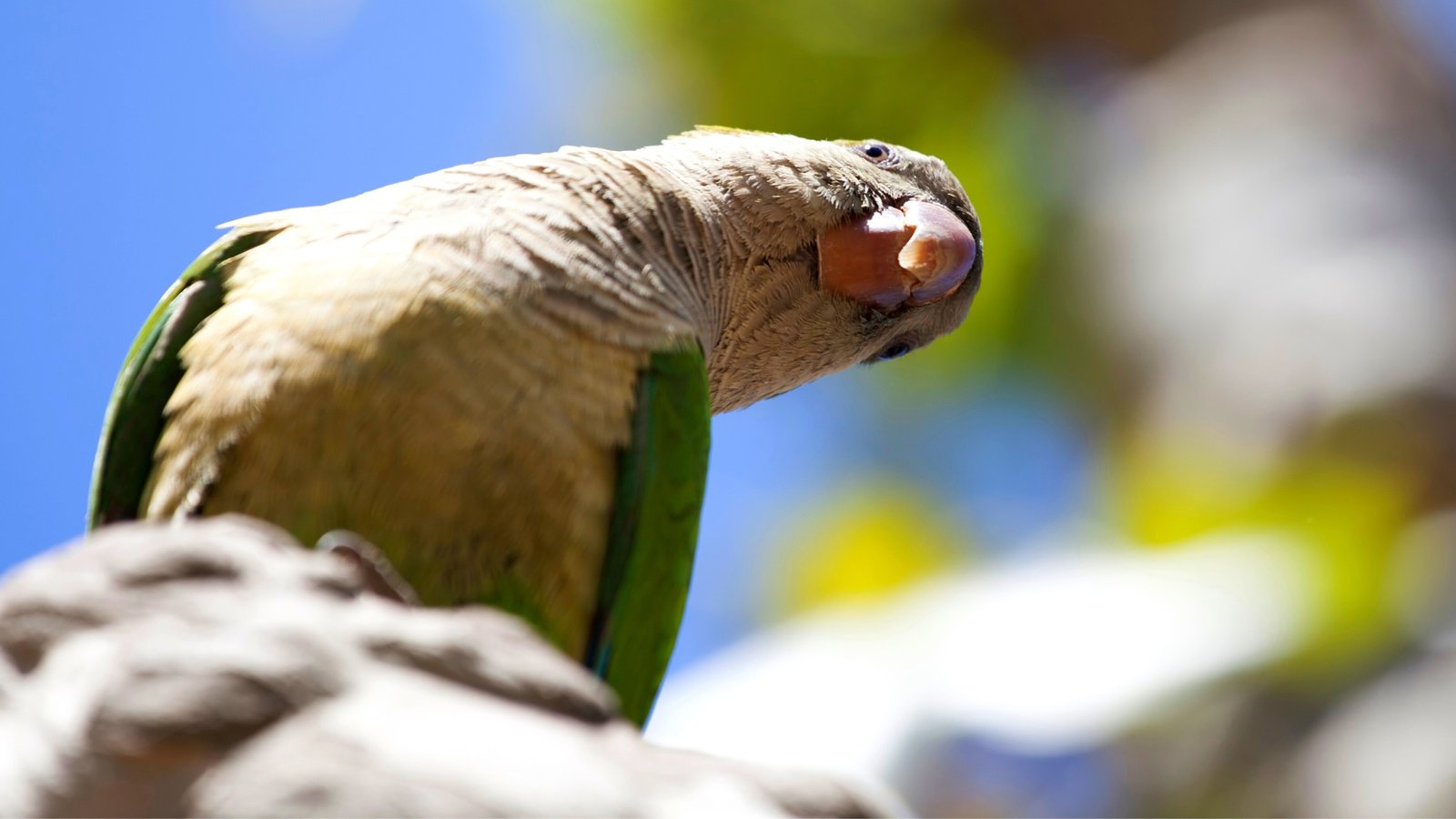 Quaker Parrots, aka monk parakeets or monk parrots, are energetic birds filled with many comical qualities. If you manage to snag one of these exotic birds, you will surely have lots of laughter-filled moments in your home. This is why they are fondly referred to as “clowns.”

However, before bringing a Quaker into your home, you need to understand their needs, how they adjust to a new environment and their lifespan. This is essential because Quakers require a lot of care and can become very destructive if they are not well taken care of. Are you planning on keeping a Quaker in your home? This is the guide you need!

What Specie of Bird is Quaker Parrot?

Quaker Parrots have a few more names besides the one they are commonly known by. They are frequently referred to as monk parrots, quaker parakeets, or monk parakeets. The Quaker Parrot specie is Myiopsitta monachus.

There are claims that the gray on quakers’ necks, which resembles an antique Quaker bib, is how they earned their name. However, the term “quaker” is generally attributed to the bird’s unique “quaking” movements. When they’re agitated, these birds have a bob and shake that is specific to them. Also, when a baby quaker is pleading for food, they frequently quake.

There are no major differences between a male and female Quaker Parrot. Physically, they are very identical and it is often impossible for one to differentiate a male Quaker Parrot from a female just by looking at them. So, unless you are lucky enough to buy the parrots with their sex tags, you will most likely need to do some DNA testing to determine their gender.

Both the male and female Quaker Parrots Bob their heads as a way to get the attention of their owners. So, head bobbing isn’t a good clue to use in differentiating the male from the female. However, when Quakers are kept in pairs, the female may get aggressive. So, you can use aggressiveness as a pointer to the Quaker’s gender even though it isn’t exactly full proof.

Quakers are adorable pets not just because of their bright colors, but because they have a lot of behavioral traits that make them unique. Some of their behavior may include quaking and aggressive behavior from the female. Below are some of the most common behaviors of these beautiful parrots.

The most distinctive behavior of a Quaker Parrot is its shaking and quaking. Of course, this is where it gets its name from. The quaking may look abnormal to most observers but it is perfectly normal behavior that is exclusive to the Quaker Parrot.

Quakers coexist with one another in the wild. They create colonies with a single large nest that contains apartments for various families. These nests are the outcome of the collective work they put into building their ideal home. They also travel in big groups in search of food and water from one location to another.

When Quaker Parrots are placed in homes, they find companionship in their owners. They are very social and can become quite loud and disturbing when they are ignored for long periods.

Quakers are very demanding and need the attention of their owners daily. This is why it is a good idea to purchase them in pairs. You may also want to note that when left alone, Quakers have a knack for behaving badly. They may feel depressed because of the lack of attention and will cause a lot of noise in a bid to get attention.

People love Quakers for their exceptional communication skills. It ranks among the main justifications for keeping them as pets. Quaker parrots have a large vocabulary which they build over time. And, they begin talking at a relatively young age. They are incredibly good at mimicking noises. You can teach a Quaker to sing songs and rhymes using the repetition technique.

While we all love the fact that Quakers can talk, the conversational abilities of a Quaker can come with some unpleasant behaviors. For example, If you start sneezing, they’ll start imitating the sound you make. At times, they could even scream to get your attention.

However, you can change these tendencies with the right instructions. The right instructions can include sanctions, such as utter disregard. Simply reinforce their positive conduct to encourage it to continue, and ignore their negative behavior to prevent a recurrence.

If you are going to keep a Quaker Parrot in your home, you should know that they love to chew anything and everything. This urge is natural to them and if they aren’t able to chew anything for long periods, they may become destructive.

You can avoid this problem by providing them with enough things to chew. Add some natural unpolished wood and invest in some chewable toys. These toys will keep your Quaker Parrot happy and engaged.

Several hormonal changes occur in Quakers when their breeding season starts. They develop a sense of protectiveness towards the nest box inside their cage. At their most dominant, they start defending their cage from their owners as well.

The best thing you can do to help them in such situations is to give them some space so they can continue to be stress-free and feel comfortable for their children.

The quaker parakeet is found in subtropical regions of Argentina and neighboring South American nations. Because the quaker parrot adapts so well to urban environments, there are numerous feral colonies in both North America and Europe.

The Quaker Parrot likes to live in the open Savanah, palm groves, and scrub forest. However, the Quaker Parrot is a highly adaptable Specie which is one of the reasons they make for great pets.

Also, Quakers can live in Eucalyptus trees and they make their nests by weaving twigs, small branches, and sticks. They use these simple materials to form complex structures to live in.

Diet – What Does the Quaker Parrot Eat?

One of the best things about Quaker Parrots is the fact that they are good eaters. The typical diet for them should include nuts, fruits, and vegetables. If they are captive, you should give them a diet of high quality. Preferably, a commercially formulated pellet mix. It is also a good idea for you to give them a variety of leafy greens and fresh vegetables.

You should feed them with at least three tablespoons of pellets every day. Also, offer them ¼ cup of vegetables and fresh fruit in the morning. It is important to keep fresh water available for them. Please remember that foods such as avocado, chocolate, and coffee are toxic to birds and should not be offered to your Quaker Parrot.

One of the most common health problems of Quaker Parrots is Obesity. Obesity can result in fatty liver disease and feather plucking due to food deficiencies. Most of the time, if your birds have enough activity and social engagement with you, you can prevent feather plucking. Parrots often self-mutilate as a typical and undesirable coping mechanism for boredom and emotional distress. Compared to other parrots, Quakers are quite easy to care for.

Your Quaker Parrot will develop fatty liver disease if they are often fed foods that have high-fat content. A high-fat content food includes a seed-based diet. It is a good idea to give your Quaker a well-balanced, varied diet. Seeds should only be given as occasional treats.

The Lifespan of a Quaker Parrot

If you are thinking about getting a Quaker Parrot, you’d be glad to know that these adorable creatures will be with you for a long time. This is because Quaker Parrots have an average lifespan of 20-30 years. They may even live beyond thirty years if they are provided with adequate care.

There are a lot of people who own Quaker Parrots even though they didn’t put a lot of thought into owning one. So, if you are lucky to bump into one of such people, you may get a Quaker Parrot for free. You can search both online and offline to see if you’d find someone willing to rehome their Quaker.

Adoption is one of the cheaper ways to own a Quaker Parrot. When you adopt a Quaker, you aren’t only going to spend less, you are also going to be providing a home for a bird that truly needs it. Adoption will cost you anything between $50-$300. You can always check with your local bird sanctuaries and animal shelters to see if they have any Quakers for adoption.

Finally, you can also buy a Quaker from a reputable breeder. Buying them from a breeder will cost you about $250-$300. One of the advantages of buying from a reputable breeder is the fact that you will most likely be getting a Quaker that is well trained and friendly to people. This is because a good breeder will spend a lot of time with their Quakers, making sure that they are ready for new owners.

Yes, Monk Parrot is just another name for Quaker Parrots. Domestic breeds have been produced that have different plumage from the natural ones.

There isn’t any noticeable difference between the male and female Quakers in terms of how much they talk. Both males and females are likely to talk and make great pets when they are hand raised.

Quakers start talking at six months. However, some Quakers begin talking even at six weeks. However, you should note that not all of them would speak. Some birdies prefer to imitate sound instead of doing actual vocalizations. 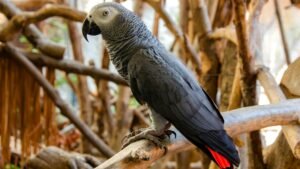 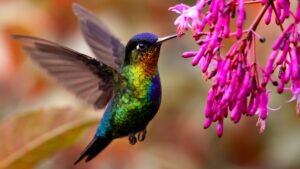 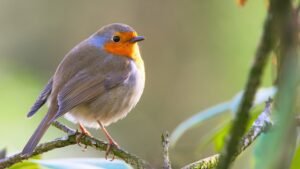 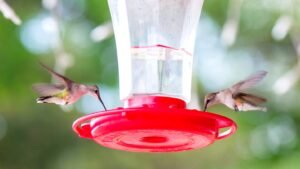